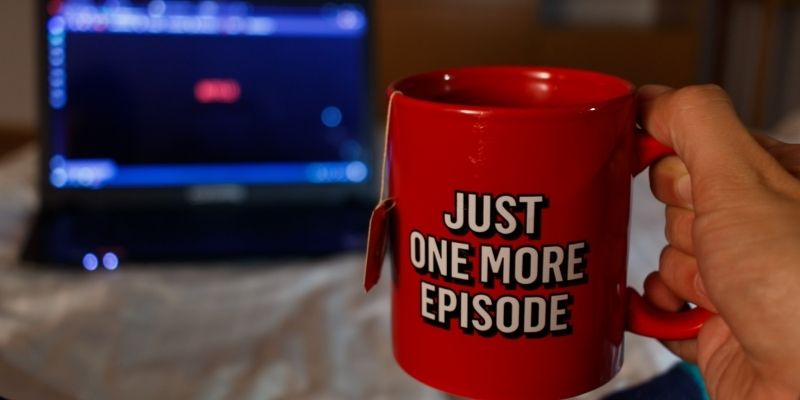 Netflix and Prime Video has become an indispensable part of our life, isn’t it?

Similar to Instagram, it’s hard to imagine watching your favorite movies and TV shows on any platform other than Netflix and Prime Video.

With a massive library of video content, most of us find ourselves spending countless hours watching Netflix/Prime Video at once.

While we use our smartphone, laptop, and TV to watch Netflix; however, the best way to watch movies and TV shows is on a projector…

…which begs us to question:

Can you Play Netflix/Prime Video through Projector?

Don’t worry; I’m not going to leave you hanging with a single paragraph. I will explain how to can get started with playing Netflix and Prime Video on your projector.

Moreover, there are a few things to keep in mind before you get started with the process. And I’ll gloss over them further in the article.

Similar to smart TV, there are numerous smart projectors available in the market. A smart projector comes with its built-in operating system allowing you to access various apps, games, and other functionalities right from the projector.

👉 You might ask, what’s the advantage of a smart projector? The simple answer is:

A projector is similar to a TV. Without any smart features, you’ll need an external device like a cable box, computer, gaming console, and more to make use of a projector. In contrast, a smart projector eliminates the need to connect any external device to use the projector fully.

A projector like Epson Epiqvision EF12 comes with Smart TV-like features and a high-quality audio system. Hence, you can watch your favorite content without any external devices and make it a standalone projector.

A streaming media player like Amazon Fire TV Stick, Chromecast, Roku TV Stick, and Apple TV is a cheap and efficient way to play Netflix/Prime Video through a projector. All you need to do is:

👉 You can read our detailed guide on connecting and configuring a streaming media player with your projector.

The most significant advantage of a streaming media player is that it can connect with any projector, whether small or big, and cheap or costly. You can also connect it to an older projector if the projector has an HDMI port.

Screen mirroring, as the name suggests, is mirroring the contents from your smartphone or tablet onto the projector. However, the problem with screen mirroring is that it might not work in all instances to play Netflix and Prime Video through a projector.

In such conditions, you can’t take full advantage of Airplay and/or Google Cast to effortlessly mirror your smartphone content onto a projector. Having said that, you can comfortably mirror YouTube video content through the screen mirroring option.

What are the best projectors to watch Netflix and Prime Video?

If you don’t have a projector yet, you can consider several fantastic projector options. I’ll suggest both types of projectors, i.e., smart and regular projectors (without Smart TV capability).

With a regular projector, you can access Netflix, Prime Video, Hulu, HBO Max, Disney Plus, and more through a streaming media player. In comparison, a smart projector comes pre-installed with Netflix and other video streaming apps.

I hope this article helped educate you about how to play Netflix/Prime Video through a projector.

As you’ve seen above, the process is very straightforward, and you can get started within a few minutes if you have a smart projector or a streaming media player.

Unfortunately, the screen mirroring option doesn’t work in most instances, and most projectors also don’t support it.

If you still have queries about this issue, you can leave your questions in the comment section below. I’ll answer them quickly and won’t leave you hanging, promise!