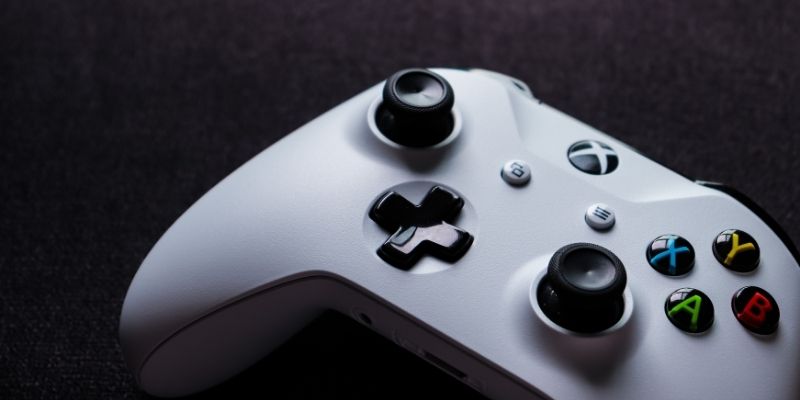 Here are the two methods on How to Connect Xbox to Projector?

To find out additional details on how to connect Xbox to the projector using HDMI and VGA in different scenarios, continue reading!

How to Connect Xbox to Projector using HDMI?

The HDMI port’s beauty is that it can transfer video and audio signals through a single cable. Thus, with a single connection, your projector will receive a video signal as well as an audio signal.

This HDMI feature helps because most modern projectors come with built-in speakers. Additionally, it also provides you the option to either connect an external speaker via your Xbox or projector.

Note: Is your HDMI cable 5+ years old? If yes, it’s recommended to get a new HDMI cable compatible with the latest HDMI standards.

Here’s a step-by-step tutorial on how to connect Xbox (One) to the projector using HDMI:

In another case, if all the HDMI ports on your projector are used up, a device like an HDMI switch will help to switch between video sources.

How to Connect Xbox to Projector using VGA connection?

If you’re using an older projector, i.e., 1st and 2nd generation Xbox series, the VGA cable will be your savior.

While VGA connection is not as advanced as HDMI technology, it’s robust even today for video connection.

To connect Xbox or Xbox 360 to a projector using a VGA connection, follow the below steps:

Unlike HDMI, the VGA port only transmits video. Thus, for audio output, you’ll need to connect your headphone or speaker right into the Xbox’s audio ports. It’s that simple connecting Xbox and projector through VGA.

As you’ve seen above, connecting Xbox to a projector is an effortless and uncomplicated task. However, some unforeseen issues may occur.

How to troubleshoot various issues when connecting Xbox to a projector?

Not getting a display on the first connection?

Make sure the cables are correctly installed on each end. If the issue persists, then change the HDMI cable ends or use another HDMI cable. This ensures if there’s an issue with your HDMI cable and not with the HDMI port.

Not getting sound from your setup?

Ensure that audio isn’t muted on both Xbox and projector. Later, connect your headphone or speaker to the 3.5mm headphone jack either on your Xbox or projector as both the devices can output audio signals. Secondly, make sure to select the correct audio source from Xbox settings and the projector.

Alternatively, you can wirelessly transmit audio from the Xbox/projector to your headphone/speaker to reduce wires.

Want to toggle through various display sources on your projector without changing wires?

Let’s admit, the HDMI ports on your Xbox and projector are limited. Hence, if you want to connect a plethora of devices like PC, streaming media player, cable box, PlayStation to your projector.

Take advantage of an HDMI Switch to connect multiple video devices to a single HDMI port and switch efficiently.

I hope I was able to explain in detail how to connect Xbox to projector in different ways. For a tech geek like me, it’s a reasonably simple task. But if it’s your first time or you don’t have much experience, it could be puzzling.

However, if you’re still confused about it, you can leave your questions in the comment section below. I’ll be more than happy to answer them.

Have a Great Day and Happy Gaming!